Vancouver Airport Skytrain – Where to Go, How to Ride & more 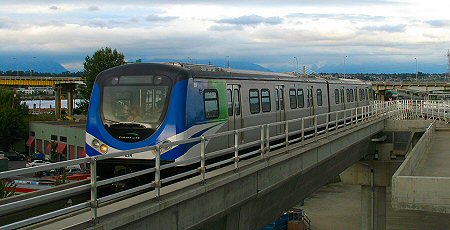 If you’re wondering about a train or subway to/from Vancouver International Airport and downtown Vancouver, here’s what you should know about the Canada Line Skytrain.

Designed to handle the increase in traffic during the 2010 Winter Olympics, the Skytrain is an above-ground monorail-type train that connects YVR with downtown Vancouver and Richmond (the train actually travels underground once it crosses the bridge into the city of Vancouver).

How to Get to the Skytrain Station at Vancouver Airport:The YVR – Airport Canada Line Station is located above the covered parking garage at the airport. You can get there 2 different ways:

Domestic Arrivals (flights arriving from within Canada) – go up to level 3, then walk towards the International Terminal. Before you get there, you will come to the Link Building which is situated between the domestic and international terminals. Look for the signs that say “Canada Line” and proceed up the escalator (or elevator) to level 4 where there is a covered walkway to the Skytrain Station.

International Arrivals (flights arriving from USA and International) - make your way up to level 3 and then outside where you will see the covered walkway across the street to the Canada Line Station (Note: If it's raining heavily, you may prefer to stay indoors and walk an extra couple minutes to the Link Building and access the Skytrain there as described above for Domestic arrivals).

Here’s a quick guide to the cost of riding the Skytrain from Vancouver Airport. Please Note: These fares are updated and include the new YVR AddFare. The $5 YVR AddFare applies only to travel from YVR to Vancouver and Richmond. It is not paid in reverse for travel to YVR.

Monday to Friday after 6:30 PM, Weekends and Holidays:

Tickets are good for up to 90 minutes of travel for the zones you purchase.

How to Purchase Tickets for the Skytrain at Vancouver Airport:

Ticket Machines: You'll find Skytrain Ticket Machines on all Canada Line station platforms. They accept cash, credit and debit/ATM cards. At YVR, you may also buy Skytrain tickets at the 7-Eleven Store downstairs on Level 1 in the Domestic Terminal building.

Transfers: There’s no need to purchase a transfers – your 2-Zone ticket is all you need for travel from YVR Airport to Downtown.

Skytrain Hours – the Vancouver Airport Skytrain operates a frequent schedule from very early in the morning to past midnight. Here are some details:

Frequency - Trains run on average once every 6 to 7 minutes throughout the day and evening, and about once every 20 minutes during late-night hours.

Route/Stops - the train makes 12 stops, the final one at Waterfront Station in Dowwntown Vancouver.

Travel Time – about 25 minutes from YVR to Waterfront Station in downtown Vancouver.

*IMPORTANT* - Skytrains travelling from downtown Vancouver south towards YVR/Richmond will alternate final destinations between Vancouver Airport and Richmond. If you're travelling to the Airport, make sure you board a Skytrain that is designated "YVR Airport" and not "Richmond".

All Skytrains at YVR Airport Station depart for downtown Vancouver.

The Skytrain has room for your luggage, including skis, snowboards and golf clubs.

Can you take your bike on the Skytrain at Vancouver Airport? Each train has space for two bicycles (1 in each car)

(Disclaimer: This page is a general guide only - It is NOT the official Skytrain website. Skytrain schedules, fares and services are subject to frequent change. Vancouver Travel Tips.com accepts no responsibility for any loss, injury or inconvenience sustained by anyone resulting from this information. Please consult translink.ca and yvr.ca before starting any travel.) 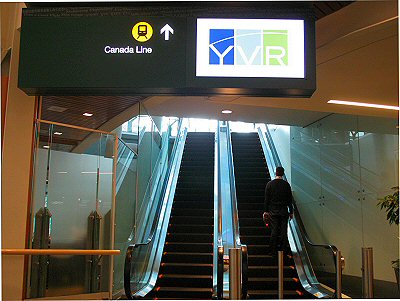 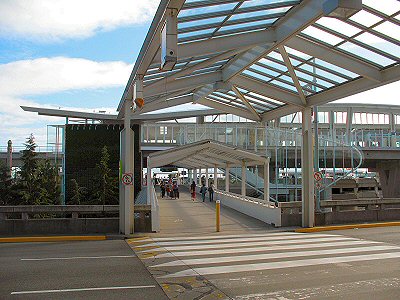 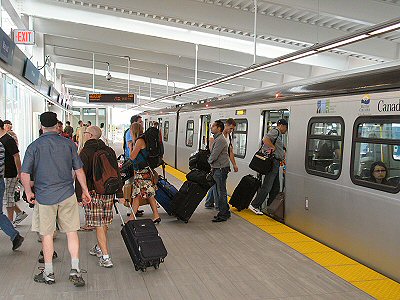 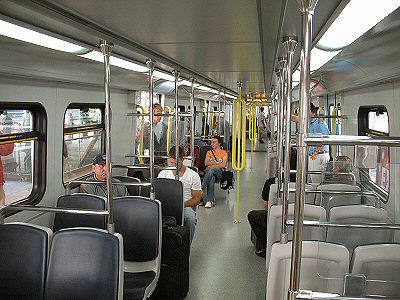 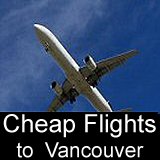 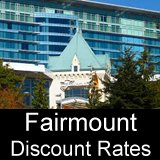 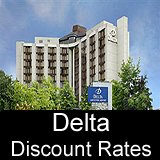